FREE shipping on orders over €99

I have used 18’399 lipsticks to make a 3,03 meter Lipstick Tower art object and broke the Guinness World record for the largest lipstick sculpture.

It appeared that the internet has a lot more power than I ever assumed. One sunny summer day, I have received an inquiry from Hong Kong’s agency. They found my project called “Giant Lipstick” and wondered if I could make some similar ‘sculpture’ as a Christmas decoration for their client – a big shopping mall in Hong Kong. Of course, why not!

The idea for “Lipstick Tower” – the biggest art object installation I have made so far – was born. I have carefully calculated proportions and made construction drawings – so that the art object would look appealing and proportions are kept. As far as I have made one before, the construction of a second one was easier. The tricky part was that as long as the object was subject to the world record, none of the other materials besides lipsticks and glue could be used. After making many blueprints, I started to look at where to get so many lipsticks, in which colors they are available. All process of drawings, calculations, and searching for construction materials took about two months.

The installation was completed with the help of 10 volunteers and took one more month. Because Guinness World Record representatives have asked to do so, I have recorded all the footage of making this object.

Afterward, it was shipped in separate pieces to Hong Kong, where I have assembled into one object. On November 10th, 2015, a commission of Guinness World Records came to Hong Kong to check the statue and included it in the coveted list of world records. 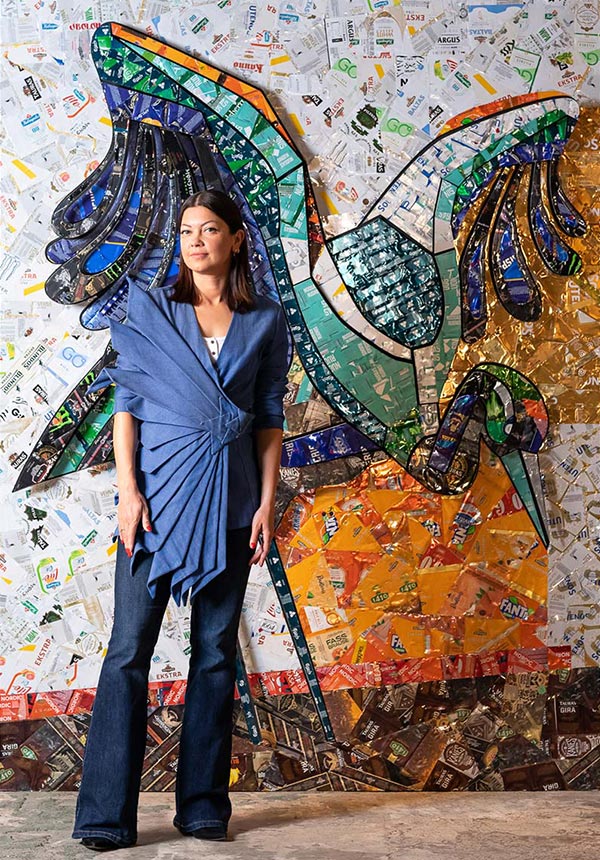 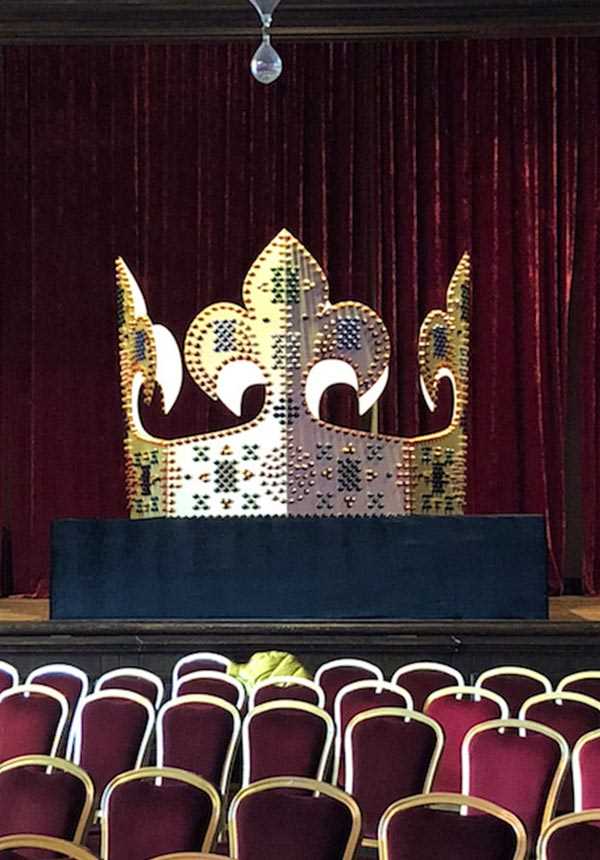 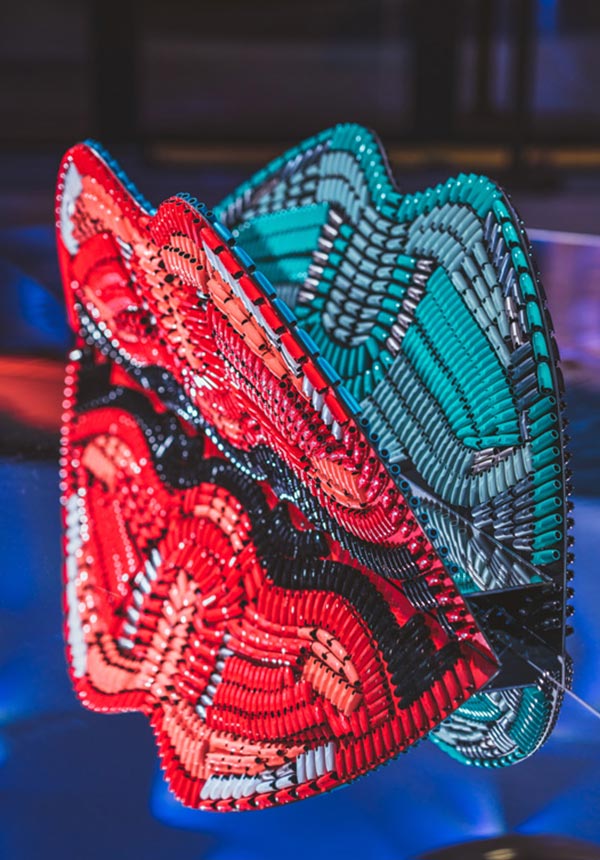